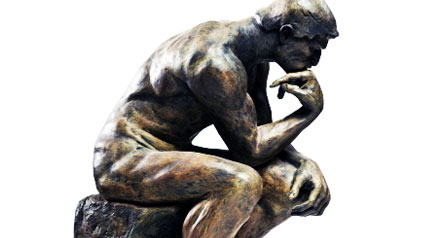 When the Australian-born media baron Rupert Murdoch’s News of the World was canned last July owing to the infamous phone-hacking scandal in Britain that involved journalists, the police and politicians, may people asked whether or not it was the beginning of the end of “Murdochracy”? For a moment it seemed as if indeed Murdoch’s News International, the umbrella company under whom News of the World operated, would crumble but it wasn’t to be. In late February, News International, a subsidiary of News Corp, which owns amongst others 20th Century Fox, Fox News and the Wall Street Journal, launched a new Sunday newspaper, The Sun on Sunday, only seven months after the phone-hacking debacle.

While military aggression may instil fear in your adversaries; it is the subtle, and perhaps mightier, nature of ideas that will gain you public sympathy in what ever endeavour you seek to accomplish. Ideas are the midwives of actions, which in turn influence our daily experience. Ideas do not have a life span even though they may lose their popularity at some point. “You cannot”, to quote Evey Hammond (Natalie Portman) in the Alan Moore graphic novel-based film, V for Vendetta, “kiss an idea; cannot touch it; or hold it…ideas do not bleed; they do not feel pain; they do not love.” And nowhere than in the media space is the contest of ideas more fierce. Those whose political, economic, religious and social ideas are voraciously consumed gain public legitimacy and support. Once they have the public’s confidence they’re able to set formulate strategies and favourable editorials and reporting in the media ensures that there’s minimal resistance from the public.

In South Africa there are mainly four major print media houses: Independent Newspapers (The Star, Pretoria News, Mercury, Cape Argus, Isolezwe, Sunday Independent), Avusa (Sowetan, The Dispatch, Sunday Times, Business Day), Media 24 (Daily Sun, City Press, Rapport, Beeld) and Caxton (The Citizen). It’s not an anomaly for titles in the same stable to represent different markets; Sowetan– upwardly mobile and working class Africans- and Sunday Times – middle and upper class – come to mind. The perception is that the media in this country is extremely anti-government, so when a new daily, The New Age, published by TNA Media, whose owners, the Gupta family, have links with the governing ANC was launched in 2010 it was heavily criticized by its competitors. Perhaps because The New Age would threaten the already shrinking advertising spend and also because it’s reporting angle wasn’t going to be as antagonistic as other publications are perceived to be. In a “Q and A” about his acclaimed book, Manufacturing Consent, Noam Chomsky, had this to say regarding media and how they manufacture the public’s consent to suit certain interests:”The New York Times is certainly the most important newspaper in the United States, and one could argue the most important newspaper in the world. The New York Times plays an enormous role in shaping the perception of the current world on the part of the politically active, educated classes. Also The New York Times has a special role, and I believe its editors probably feel that they bear a heavy burden, in the sense that The New York Times creates history…That is, history is what appears in The New York Times archives; the place where people will go to find out what happened is The New York Times. Therefore it’s extremely important if history is going to be shaped in an appropriate way, that certain things appear, certain things not appear, certain questions be asked, other questions be ignored, and that issues be framed in a particular fashion. Now in whose interests is history being so shaped? Well, I think that’s not very difficult to answer.”

I think given the differing class constituencies we have in the Republic, it’s important, if not mandatory, that those constituencies ensure that they have publications that articulate their positions on matters of national priority such as the land question, economic policies and the like. Why doesn’t the South African Communist Party or COSATU have a newspaper that’s unashamedly sympathetic to its views in the same way that we have Business Day and the Daily Maverick being the voices of capital? When the ANC Youth League brought back the nationalization debate to the fore, the topic was immediately shot down by many business friendly publications. I wouldn’t fault them or expect them to embrace it since it contradictory to the interests of their constituencies. A diversity of opinions will only enhance debates around key questions. If you don’t enter the battle of ideas you risk being misrepresented. Now when you look at the US they take no chances when it comes to how America is seen by its citizens and how it’s packed to the world at large. Hollywood, MTV and Disney are in a way more influential than the Pentagon because by the time you get to know what the Pentagon does you’ll probably be a great consumer of the products of the former.

The advent of social media has crushed the gatekeepers of thought. Today all you need is Internet connectivity and you’re good to go as far as competing in the space of ideas. The monopoly once enjoyed by the established media houses is slowly receding. To this day there are people who actually believe that the late health minister, Dr Manto Tshabalala Msimang, said that beetroot and garlic was a substitute for anti-retroviral drugs and they have the media to thank for that (mis)information. In the same way that the media said that Judge Hilary Squires said there was “a generally corruption relationship” between convicted financial fraudster Shabir Shaik and the then deputy President Jacob Zuma even though Squires never said so. This didn’t mean Zuma didn’t have a case to answer to but the pathetic manner in which it was reported to the public was disingenuous.

Twitter, Facebook, blogging and other online amenities have made it easier for people to legitimize their experiences, which in the past were just footnotes; they are able to influence global public opinion from places like Afghanistan, Venezuela and Iran whereas previously they’d be described merely as “insurgents”, “communists” and “terrorists” that were savages without history or right to self-determination and ‘against’ democracy (read western idea of democracy). Commenting on the double standards of documentation of historical atrocities, the 2005 Nobel Prize for Literature recipient, Harold Pinter, said in his speech:”Everyone knows what happened in the Soviet Union and throughout Eastern Europe during the post-war period: the systematic brutality, the widespread atrocities, the ruthless suppression of independent thought. All this has been fully documented and verified. But my contention here is that the US crimes in the same period have only been superficially recorded, let alone documented, let alone acknowledged, let alone recognised as crimes at all. I believe this must be addressed and that the truth has considerable bearing on where the world stands now. Although constrained, to a certain extent, by the existence of the Soviet Union, the United States’ actions throughout the world made it clear that it had concluded it had carte blanche to do what it liked.” But to the ‘average’ consumer of mainstream media “It never happened. Nothing ever happened. Even while it was happening it wasn’t happening. It didn’t matter. It was of no interest. The crimes of the United States have been systematic, constant, vicious, remorseless, but very few people have actually talked about them.” Pinter further said.

Social media has the ability to discredit any officialdom which seeks to present manufactured history as fact. It’s through new media that we’ll be able to get a better perspective on how things happened and most importantly how they are happening. Battle of ideas is one without end and the Sol T Plaatjes(Koranta ea Bechuana and Tshala ea Bechuana), John L Dubes(Ilanga), John T Jabavus(Imvo Zabantsundu) and Walter M B Rubusanas(Izwi Labantu) of the world realized this fact when they set up their respective newspapers in the late 19th and early 20th century; during a period when it wasn’t fashionable for Africans to own media houses. The social media terrain is one of the most prized commodities of our time and we should guard it jealously only because we, like Evey Hammond, “…have witnessed first hand the power of ideas. I’ve seen people kill in the name of them and die defending them.” The 6-year old Consciousness Magazine must make it a point to thoroughly involve itself in the space for the battle of ideas because nations’ futures are shaped by refined ideas. It must be known in years to come that we were once here.