It is probably every young soccer players dream to play for their favourite team in their country but as time elapses one realizes that there are bigger fish to fry and bigger ponds to swim in elsewhere. Growth is inevitable and as soon as one is exposed to a broader view of the perspective of things he/she is bound to seek greener pastures. This is no different to the beautiful game which is now part and parcel of globalisation, As nations combine in the purchasing and selling of players to ownership of clubs being in the hands of foreigners e.g Man City owners of the Middle East, Liverpool American owners and of course Chelsea the stage is set for impeccable synergies in pursuit of Holy Grails.

With the UEFA champions league images portrayed on billboards and tv screens one would easily be attracted to these European clubs and it seems it is every footballer’s dream to play in Europe in the G8 countries that search the ends of the earth for the best players money can buy. For others the journey is not straight to Europe but perhaps elsewhere first then the great pursuit of the capitalist continent of football. For the longest of times South Africa seems to be a great to start when on a quest to be seen for the players from such countries as Mali, Zambia and Zimbabwe. These have brought a lot of entertainment to our shores and some of the most quintessential players in the PSL are some of these players. The Esrom Nyandoros, Tinashe Nengomashes, James Chamangas etc. in fact I would put my head on the block and say a Zimbabwean is going to be Player of the Season in the PSL this season in no other that Knowledge Musona that is if he stays in the country for the whole season. 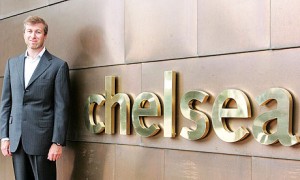 The insurgence of players though has come under criticism in South Africa and recently in England as well. In this country it has been an issue since the days of Robson Muchichwa, Robert Nauseb and Mohamad Auseb at Chiefs. There is a 5-player restriction in South Africa and it is still to be discussed further as some people still feel the presence of too many foreign-based players deters the flow of young local players making break-throughs.

With England this has gained a lot of attention for a number of years as the English team has failed various times to make impact in tournaments when English clubs are supposedly some of the best in the Champions League. The UEFA  Champions League had Liverpool, Chelsea, Arsenal and Man United in the finals of that tournament every year for four years but England failed to even qualify for Euro 2008. This constant failure is the reason why they are perhaps trying to curb too much an influx of foreign-based players by coming up with the 25 man rule. 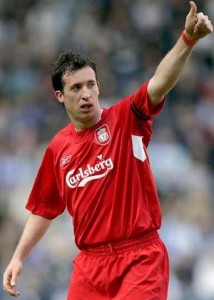 In fact leading goal scorers in the Barclays Premiership are usually the foreign-based players making the patriotic miss the days of the Robbie Fowler, Alan Shearer and Kevin Phillips. In South Africa for quite a while the late Lesley Manyathela’s immortality included being the last South African in the PSL to go beyond 15 goals until Golden Arrows’ Richard Henyekane came to the party.

As news of Siyanda Xulu and Bongani Khumalo trials in England are making soccer headlines the European pursuit continues. The dream of these young men strutting their stuff in clubs as prominent as these is quite admirable. Playing in avant-garde stadiums to capacity crowds should be a footballers dream and is something worth chasing but my only caveat is that this home grown rule in England is something that these footballers must take heed of and that making those 25-man squads is going to be quite arduous.