By Consciousness Admin on December 29, 2014 African History and Biographies, The African Holocaust 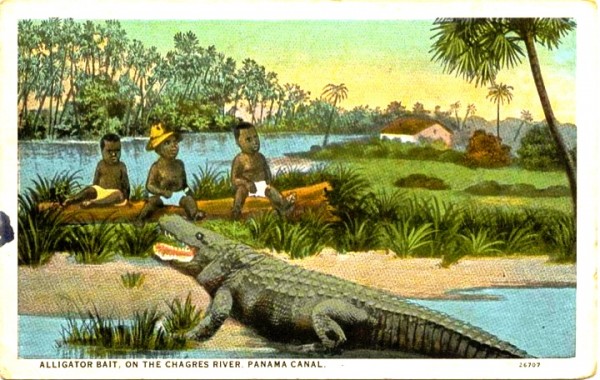 In the Bayou region and Southern states, small Black children would be stolen from their mothers and left in alligator territories to be used as bait. The crying Black infants would be used to attract alligators for hunting purposes.

According to a video called Lest We Forget by the Black Holocaust Museum of Slavery, one man’s account of his conversation with a clerk at a Florida pawn shop said, “the slaves who had babies, they would steal the babies during the course of the day, sometimes when their mothers weren’t watching … some would be infants, some would be a year old, he said some would be toddlers, he said they would grab these children and take them down to the swamp, and leave them in pens like little chicken coops.

“They would go down there at night, take these babies and …. tie them up, put a rope around their neck and around their torso, around here, and tie it tight.

“… they’d be screaming. … what they were doing would help them to chum the water. He said when they would throw the babies in tied to this rope, he said in a matter of minutes, he said, the alligators were on them. He said the alligator would clamp his jaws on that child, as a matter of fact, once he clamped on them he was really swallowed, he said you couldn’t see anything but the rope!” 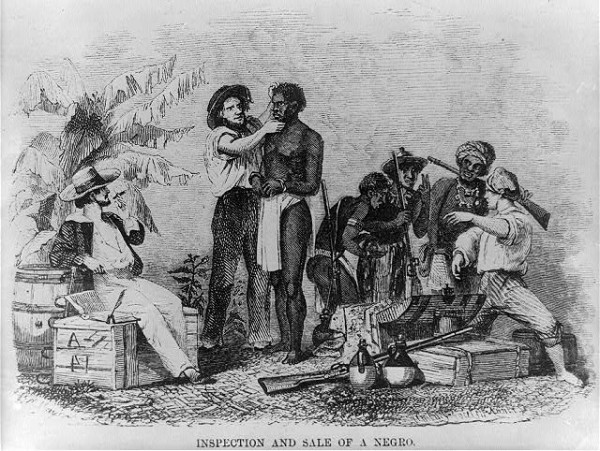 Separated from Their Families

Slave owners would sell children off for a variety of reasons. To have one less mouth to feed, make money or to punish the parents. The narrative of Charles Ball recounts his memory of being separated from his mother.

“But my poor mother, when she saw me leaving her for the last time, ran after me, took me down from the horse, clasped me in her arms, and wept loudly and bitterly over me. My master seemed to pity her, and endeavored to soothe her distress by telling her that he would be a good master to me, and that I should not want any thing. She then, still holding me in her arms, walked along the road beside the horse as he moved slowly, and earnestly and imploringly besought my master to buy her and the rest of her children, and not permit them to be carried away by the Negro buyers; but whilst thus entreating him to save her and her family, the slave-driver, who had first bought her, came running in pursuit of her with a raw hide in his hand. When he overtook us he told her he was her master now, and ordered her to give that little Negro to its owner, and come back with him. My mother then turned to him and cried, “Oh, master, do not take me from my child!” Without making any reply, he gave her two or three heavy blows on the shoulders with his raw hide, snatched me from her arms, handed me to my master, and seizing her by one arm, dragged her back towards the place of sale.” 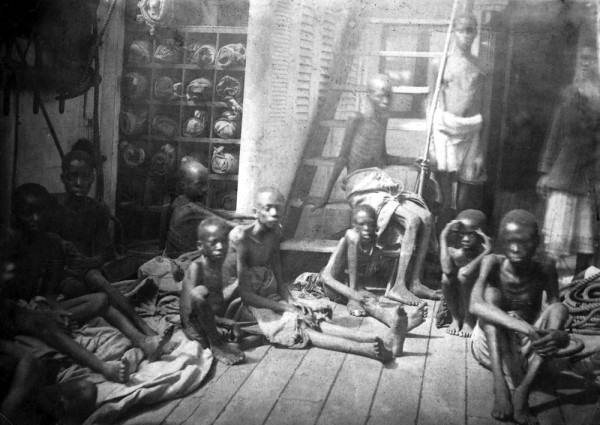 Pregnant mothers didn’t receive any special treatment compared to the other enslaved women. Food rations were the same and being pregnant didn’t spare them any mercy at work or from punishment. Infants were often weaned within three to four months.

Excerpt on eating habits from “Narrative of the Life of Frederick Douglass, An American Slave”:

“Our food was coarse corn meal boiled. This was called mush. It was put into a large wooden tray or trough, and set down upon the ground. The children were then called, like so many pigs, and like so many pigs they would come and devour the mush; some with oystershells, others with pieces of shingle, some with naked hands, and none with spoons. He that ate fastest got most; he that was strongest secured the best place; and few left the trough satisfied.” 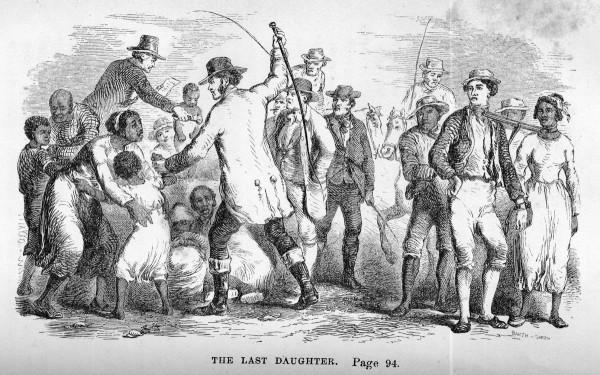 According to “Excerpts from Slave Narratives,” edited by Steven Mintz and published by the University of Houston, in 1846, Lewis Clarke, championing the “Glorious Struggle Now Making for Complete Emancipation,” recalled regular beatings as a slave child in Kentucky. His “mistress” used “an oak club, a foot and a half in length, and an inch and a half square, [and with]this delicate weapon she beat us upon the hands and upon the feet until they were blistered.”