As Pakistan are going head to head with the English in a one-day series the integrity of the cricket game has come to be plagued with doubt following the allegations that certain Pakistani players are incriminated in some foul-play. The current team who are playing against the English are an ailing side as they have to play their next matches without Salman Butt, Mohamad Asif and Mohamad Aamir and depending on the outcome of this debacle could have to play cricket without these three forever. The loss of a captain and its two opening bowlers is enough to make any team go through a tremendous slump especially ahead of the World Cup. It would take an enormous amount of resilience to bring this team the amount of confidence to what it usually is.

Pakistan never seem to avert problems from ball tampering incidents to players involved in using drugs to the country being banned from hosting games they are clearly the most scandalous side in world cricket. The ’92 World Champions must be feeling under the weather as a fourth player has also been named as another player to be questioned. Wahab Riaz who seemed to be fighting for the team while these three have been away seems to be another player who could be in on this. Yasir Hameed has been quoted as saying that lots of his teammates throw games away and that he has been approached before to throw a game away for 100 000 pounds and he refused the offer. How true this quote is could be determined as Hameed himself is to be brought in for questioning.

In a match that was played in the most holy ground in the game of cricket. Quixotic players and fans must feel this is the most abominable sacrilege to the gentleman’s game. Video footage has been captured in the team hotel that shows the players planning to bowl no balls and wides in certain overs and this deliberate bowling of extras prevails in the match.

This scandal has opened up old wounds in the game of cricket as Clive Rice has said how the protagonists behind match-fixing are mafias who would stop at nothing for this betting. Citing the death of Bob Woolmer & Hansie Cronje as the result of these people and these deaths have come into the spotlight once again. Woolmer who coached the Pakistani cricket team in their last World Cup was found dead in his hotel the day after his team’s early exit due to an upset defeat to lowly rated Ireland.

Current players such as Daniel Vettori, Charl Langeveldt and Ricky Ponting have voiced how seriously they see the allegations and they have said what they think would be suitable punitive measures to these players if found guilty. It seems unanimous amongst the cricket fraternity that a life ban should be handed down to players who bring such disrepute to the game and thus make the validity of the games’ results questionable 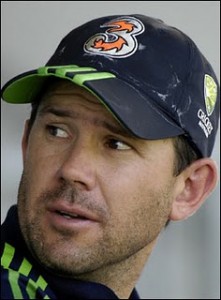 According Ijaz Butt of the Pakistan Cricket Board the ICC apparently sent a letter to Butt after the T20 World Cup which it is alleged could be about match-fixing and this letter didn’t go through the board. This information makes one wonder whether there are further cases that the ICC could unravel, Are there furtive cases the ICC is doing investigations on or are these being swept under the rug so the game’s unfavourable perceptions aren’t perpetuated?

This year which preceeds the World Cup just hasn’t been good for the game bringing the game into very bad light. Ealier on in the year there was the IPL/Lalit Modhi saga and it has been promulgated that there could be 27 players who are incriminated in match-fixing going back to the IPL tournament which was held here in South Africa last year.

While all of this is going on, The T20 Champions League began on Friday in South Africa. Hopefully this tournament will have more on-the-field action. The game is ailing severely at the moment and the only way to bring confidence in the game is to rid it of this cancer and to bring about transparency on what has been going on.