Sylvester Aklamavo (Syssy) is a Guitarist, percussionist, Singer, Arranger, Songwriter, Guitar Instructor and can also speak French, English, Yoruba, Guoun and Mina. He’s of Nigeria and Republic of Benin background. He had his primary education in Cotonou before He migrated to Nigeria to leave with his parents. At age 14, Sylvester started his musical career in the church as a percussionist. His father, who was a Clergyman in Celestial Church of Christ, gave him a complete support. 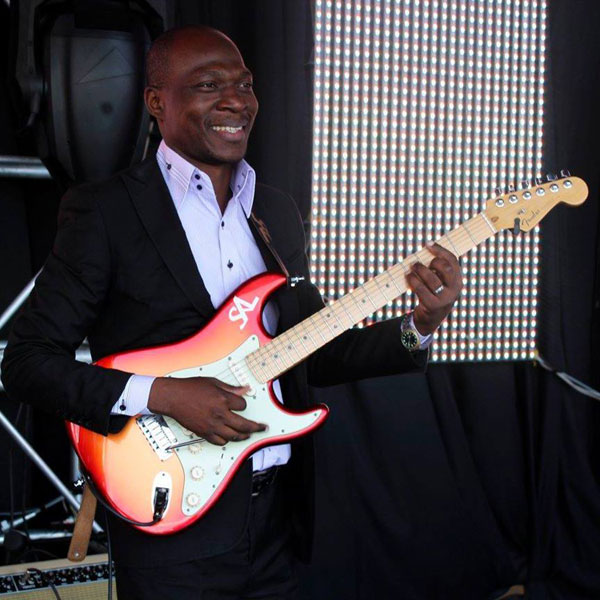 In 1994, Syssy developed interest in the Lead guitar and took His first guitar lesson from one of His father’s friends called “Alore”; and later by His Uncle, Sunday Idowu and other guitarists like Akin Ajayi and Germaine Kpadonou. Circa 1995, Syssy has started playing professionally. He has led the choir of His Father’s church to many gospel competitions and won many Trophies. He has led his high school to many Inter-High school musical competitions.

In 1996, he joined C.C.C. Central Choir Worldwide led by Wole Adetiran (the Dean of Music department, The Polytechnic, Ibadan, Nigeria) Where he was a tenor singer and learned some basics in music theory and later became the guitarist of the choir. He later developed himself in Music theory and practice by buying instructional guitar books, DVDs from Al Leonard, Becklee press, Alfred e.t.c and free online lessons.

In 2007, He did his first Demo Project called “FI ETI SI” before He migrated to South Africa in 2008, to expand his Musical Horizon. He has five (5) piece band called “MITON FUSION BAND” which he put together with some of His friends; the band plays African music, Jazz and their originals. He is playing in Christ Embassy Church Randburg 2 – the Headquarters of Christ Embassy Southern Africa region. He has also played Lead Guitar for Prince Malatji’s band and Mapumba’s group, Africa mamas theatre group and he has also played lots of jazz festivals with Wanda Baloyi and he is still one of Wanda Baloyi’s favourite guitarist. At present he just finished his new AFRO-FUSION album called “EXTREME” 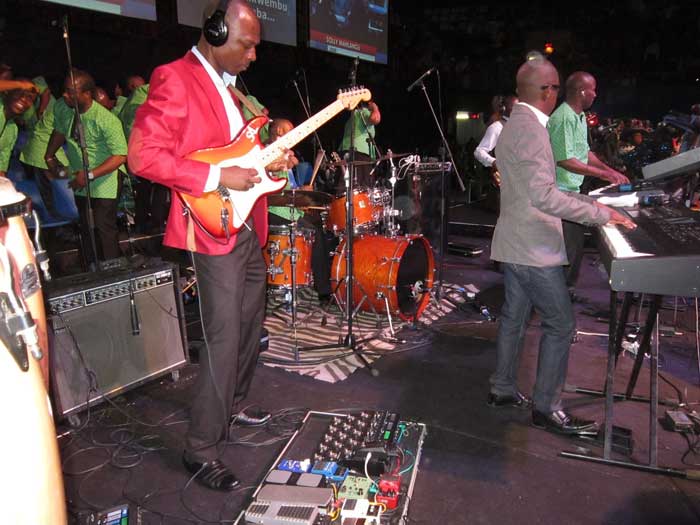