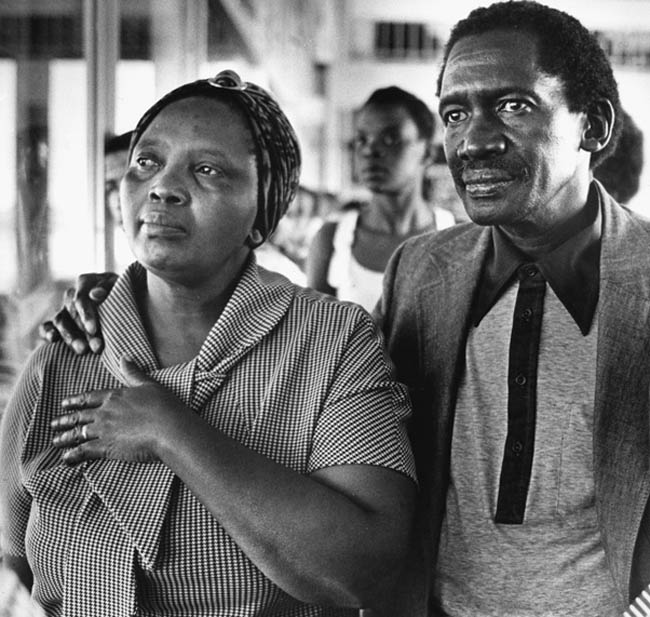 TODAY, July 27 2017, marks the 90th birthday of Zondeni Veronica Sobukwe, the forgotten, ignored and erased “Mother of Azania” who has endured unspeakable suffering, struggle and pain.

She will celebrate her 90th birthday, as usual, in private, at her humble home, with family and close friends. There will be no glamour, no journalists, and no live broadcasts. And frankly, the saddest part of all is that most people are not even aware she’s still alive.

Born Zondeni Veronica Mathe on July 27, 1927, in Hlobane, Natal, she married Robert Mangaliso Sobukwe on June 6, 1954. In line with African tradition and matrimonial rites of passage, she received the customary nuptial name of Nosango. She bore four children, Miliswa, Dinilesizwe, Dalindyebo and Dedanizizwe.

Although women are the bedrock of society, and in fact, the primary nurturers of socio-economic and political revolutions, when history is told, their stories, contributions and experiences tend to be downplayed or erased.

If, and when, the stories of women are told, it is only those of the popular, already well-known and overly researched about women that tend to be retold slightly differently.

The trouble with this is highlighted by the Nigerian writer, Chimamanda Adiche Ngozi in her intriguing novel, Half of a Yellow Sun. Speaking of the “danger of a single story”, she points out that the potential of a single narrative is to create stereotypes and perpetuate certain erasures.

The dismissal and neglect of Mama Sobukwe must be read and understood through this lens, exposing the broader systematic project that sought erase, neglect and silence ordinary Black women and their experiences.

Mama Sobukwe epitomises the collective experiences of many other Black women throughout the African continent and diaspora, whose roles and contributions to the liberation struggle remain unacknowledged, unrecognized in  popular historical narratives, biographical memory and national consciousness.

Forgotten by the ignoramus oligarchs, politicians and authorities of the countries for which they and their beloveds sacrificed their lives during the liberation struggle, a majority untold numbers of them today rely on government pensions and grants to make ends meet.

Mama Sobukwe is a glaring example of this unforgivable shame.

The life story of this indomitable woman is one marked by constant neglect, pain and erasure. She embodies the totality of the ‘serve, suffer & sacrifice’ dictum coined by her husband, Mangaliso Sobukwe and his colleagues in the Pan-Africanist Congress of Azania (PAC).

She endured the rejection of the racist apartheid regime which she challenged through her numerous letters to  the likes of then  Prime Minister B.J. Voster, demanding the release of her husband; as well as the current ANC government that undermines the contributions the Sobukwes made to the liberation struggle.

As a health practitioner and an activist in her own right, she single-handedly advocated for the release of Robert Sobukwe from Robben Island, bringing his deteriorating health to the fore. She wrote several letters to the white supremacist government demanding his release.

And when all her efforts failed, she appealed to Voster to allow Sobukwe to leave South Africa permanently on an exit permit together with his family. Voster refused, and Mama Sobukwe asked that she be allowed to stay on Robben Island with Sobukwe, to oversee his health herself. Of course, the racist Voster refused.

She has also endured the neglect and dismissal of the ANC government in its disdain for the course of history. Mama Sobukwe’s isolation is, therefore, no accident. She suffers the consequences of an ignoramus oligarchy.

The 90 years old resilient and strong ‘Mother of Azania’ who, although aged and frail, still spends time daily in her garden, STILL in the shadow of a feared man whose memory remains buried in secrecy and obscurity.

A simple Google search on Mama Sobukwe’s name tells the story of enduring invisibility in the public sphere. Googling ‘Zondeni Veronica Sobukwe’ there are only three or four web-links that speak of her.

The most prominent relates to her 1997 testimony at the Truth & Reconciliation Commission (TRC) about the apartheid authorities poisoning Sobukwe by feeding him food with glass while incarcerated, and then denying him medical help when he got sick until his untimely death.

This Google reference is followed by a link to a 2014 Daily Dispatch  article titled “Sobukwe’s Grave Cleaned, Declared Heritage Site”, which appeared after the government renovated Sobukwe’s vandalised gravesite in Graaf-Reinet.

Then there is a 2001 East Cape News article speaking about vandals who hurled raw egg stuffed into a condom at her house ; and finally a recent Citizen newspaper article titled, “Sobukwe’s Widow Has Been Neglected”, which revealed that Mama Sobukwe relies on old-age pension grants to make ends meet.

What is common in all these web-links is that, while they mention Mama Sobukwe’s name and are related to her in some way, the actual focus of the articles is her husband, Mangaliso. She is presented merely as the ‘wife’, ‘widow’ or ‘mother’, of her husband or her son.

Of course, there is nothing wrong these roles, but the question, a telling one, remains as to why her own life story remains untold. 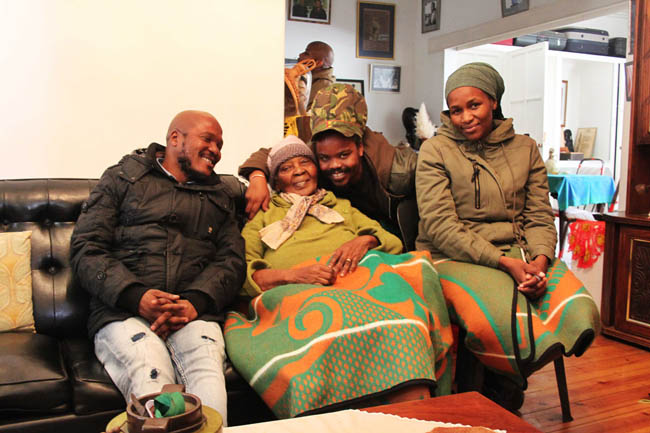 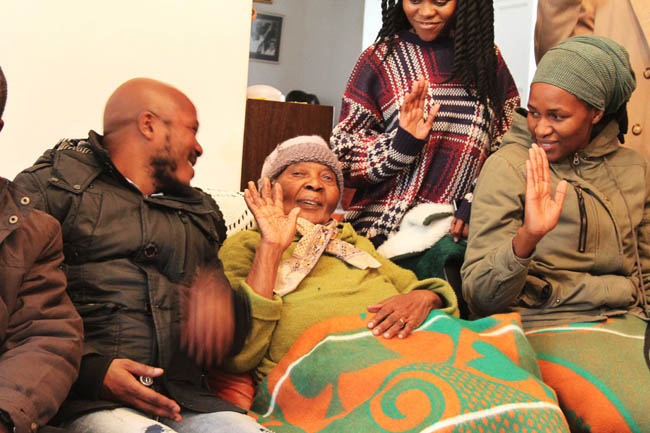 Unlike many other prominent struggle stalwarts, Mama Sobukwe receives no special attention; she gets no honour, no benefits, and no assistance at all from the ANC government.

Not a single official gesture of honour and recognition has ever been granted to Mama Sobukwe; no street named after her, no government orders awarded to her, no honorary university degrees conferred upon her, and no institution, except for a local old age home in Graaf-Reinet, is named in her honour.

There is no life story, not even a Wikipedia entry with any detail of who she is. No artist has rendered an artwork in tribute to Mama Sobukwe; no publicly known song exists, no graffiti, and no book.

She just does not feature.

Thus, the humble and resilient ‘Mother of Azania’ is consistently rendered insignificant, barring recognition by one sage, Eskia Mphahlele, who penned the poem “Tribute to Zodwa Veronica, A Great Woman”.

While it is understandable that the ANC government would ignore and side-line Mama Sobukwe as they do her husband, what is deeply saddening is why THE  leaders and members of the PAC (not ignoring the troubles ravaging the organisation), as well as black intellectuals in general, have  taken no interest in delving into  her life story?

There is no discounting the fact that Sobukwe family has suffered immensely in the cause of freedom, but more so Mama Sobukwe, who has benefitted little to nothing from the estate or the legacy of her husband.

In an effort to give voice to Mama Sobukwe, the Robert Mangaliso Sobukwe Trust, in partnership with the Blackhouse Kollective, will host a tribute lecture in her honour during Women’s Month at the Mofolo Arts Centre on Saturday, 12th August 2017. 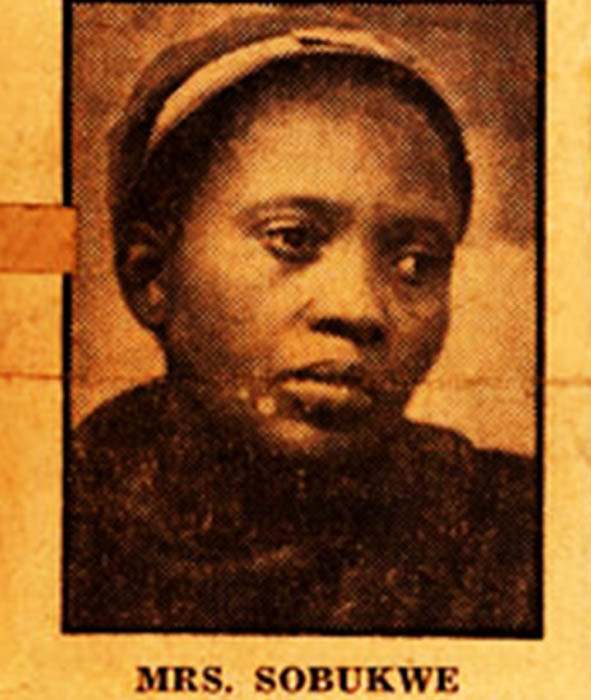 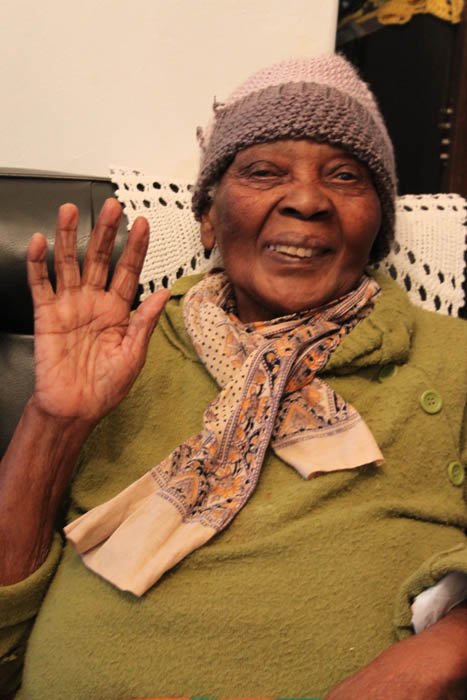